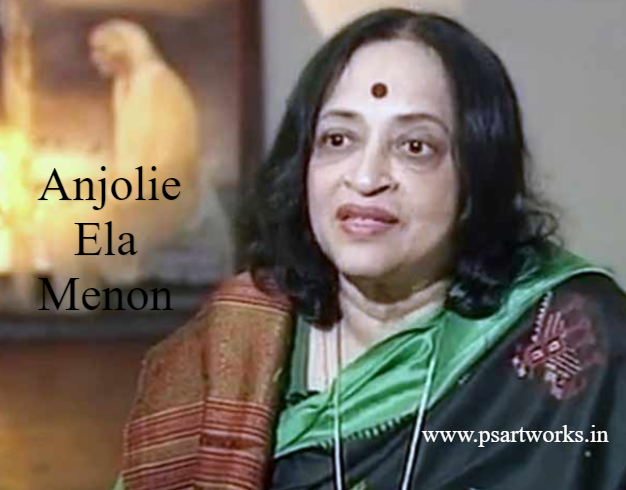 From the untamed exuberance of her early works, Anjolie Ela Menon’s paintings have matured, deepened, quietened, learned sorrow and truth. She has, unlike many other painters, veered a long way from fashionable abstract art to pursue an almost classical interpretation of reality.

Her flashes of color are reminiscent of the Byzantine, and the figures of the grace of Russian icons, with patina-like effects recalling Chinese lacquerware.

Her icon-like figures, possessing an oriental touch, often appear resigned and passive; for instance, when she depicts a mature woman, she shows her quietly contemplating some inner sadness.

She seems to deify the feelings of common people in a sympathetic manner. Her paintings convey a simple and intense feeling of calmness.

The artist in Anjolie becomes a part of her subjects and builds up a feeling of subtle drama with an intensity that creates a strangely compelling atmosphere.

As she says, her portraits are not faithful portraits; for, a good portrait should look beyond the surface of the sitter.

Her portraits are more prophetic than mere likeness. As for her recent series of works entitled Mutations,

She said: It consists of the same image which has been seen before.

It is the same woman who mutates five times in five different ways— she changes from a very still figure to one which appears headless even though the head is there faintly.

The main thing about Mutations is that nothing is in linear narrative. She exists in all these states and forms simultaneously.