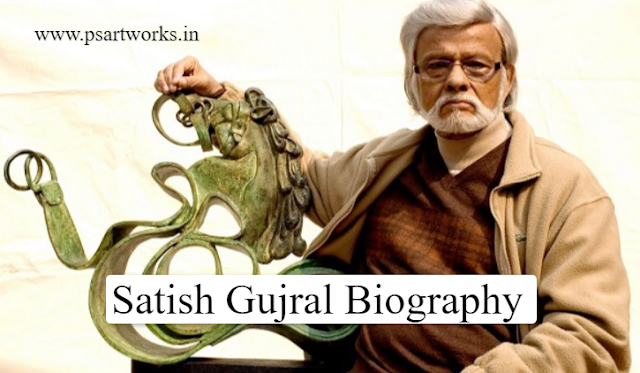 Satish Gujral has emerged as a creative multifaceted personality: painter, sculptor, muralist, and architect. His oeuvre of five decades shows up his magnificent ideas dressed with images, symbols, and allegories.

His varying reactions to life have found new forms and media to express his ideas and experiences, with the result that the five decades of Gujral’s work constitute a vivify- ing force in the art scene of India.

His complex artistic metaphor and his vision come, above all, from his personal experiences.

With his physical handicaps, Satish has been both object and subject for his exploration of the human personality.
The artist merged with the sufferer at every point for an insight into his own nature.

His work, in a sense, is the expression of his inner development. His visions and fantasies have been born of his psychic nature, and are an expression of his urge towards self-realization. Satish has made a breakthrough at every stage of his creative journey.

We have his dynamic social-realistic paintings of the Partition using the Mexican device of grotesque distortions, in Revolution and Snare of Memory (1952-59); diversion towards abstraction (1959-63), leading to continued interest in abstractionism in his multi-media sculptural reliefs executed with extraordinary skill in three-dimensional yantric images (1972-77) such as Madhyama or Sahasra Chakra.

He returns to the expressionistic approach in monumental burnt- wood reliefs Shakti and Ganesha (1977-81), inspired by tribal art forms (to which he returns again in 1990).

His series of paintings Playmates, which depict a blissful expression in his suave treatment of human form, are perceived psychic images mediated by the senses (1986).

These are infused with a living quality and a beauty of lyrical rhythm—a rhythm of growth and flowering.

He has to his credit large-scale ceramic murals and the extra-ordinary architectural achievement of designing the Belgian Embassy in New Delhi, besides many other projects in India and abroad. 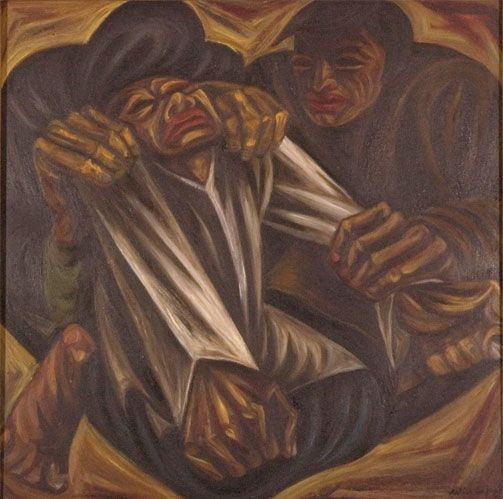 His work, filled with expressions of irony and cruelty, sarcasm and satire, has laid barely suppressed fantasies, both in his visual and plastic interpretations.

In his work, wherein the native and the Mexican art traditions intermingle to produce a spectacular aesthetic effect, seem to burst forth forcefully towards the viewer to envelop his mind.

His recent works, paintings and granite sculptures including Qawwal series (1997) and The Celebration series (1998—99), inspired by the traditional stylization of form, seem to be constantly exchanging form for content.

Each depiction has resulted from a mood; the mood itself is evolving by an aesthetic experience. As he says: A reference to the past, to tradition, does not necessarily produce ‘kitch’, provided one assimilates the past rather than imitates it.

These fluctuating modes of expression conversely Intermingle with the spectators’ own feelings. 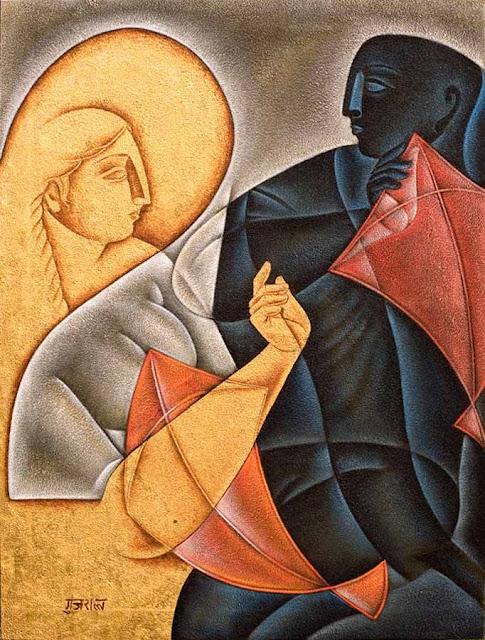 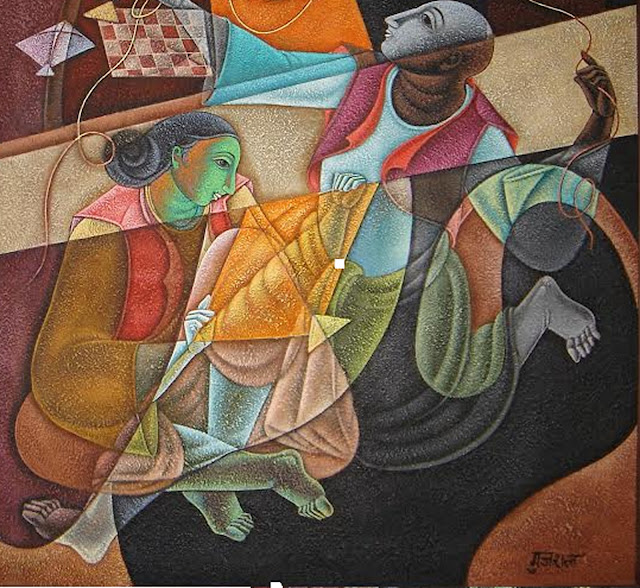 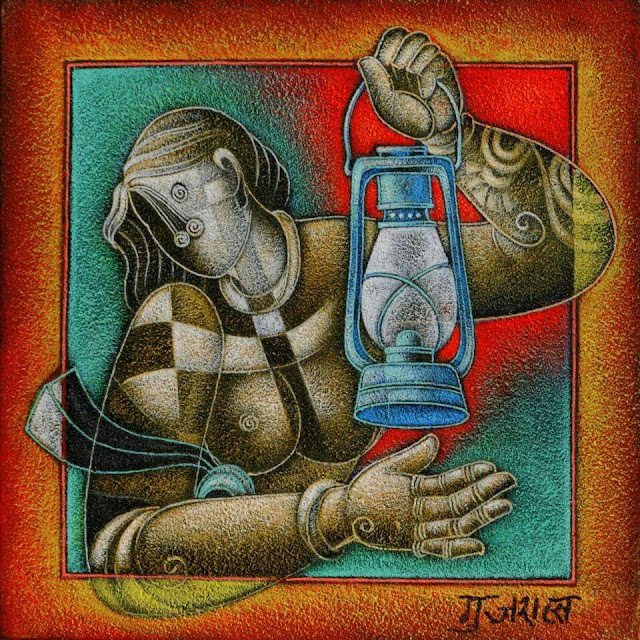 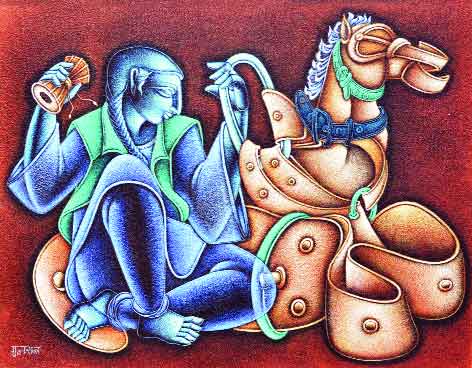 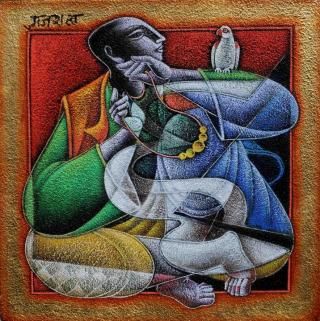 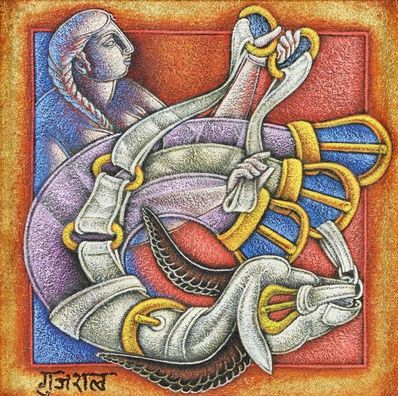 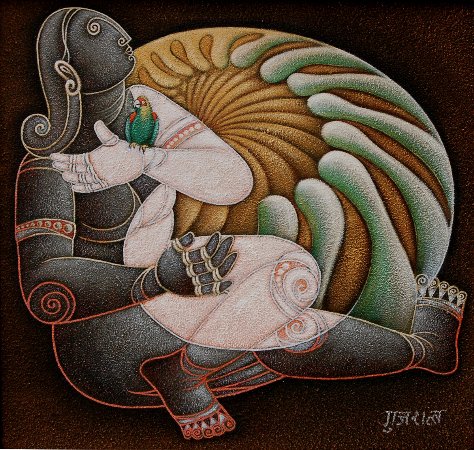 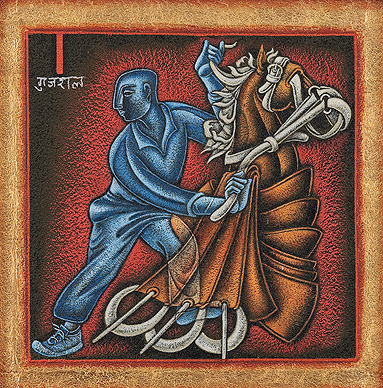 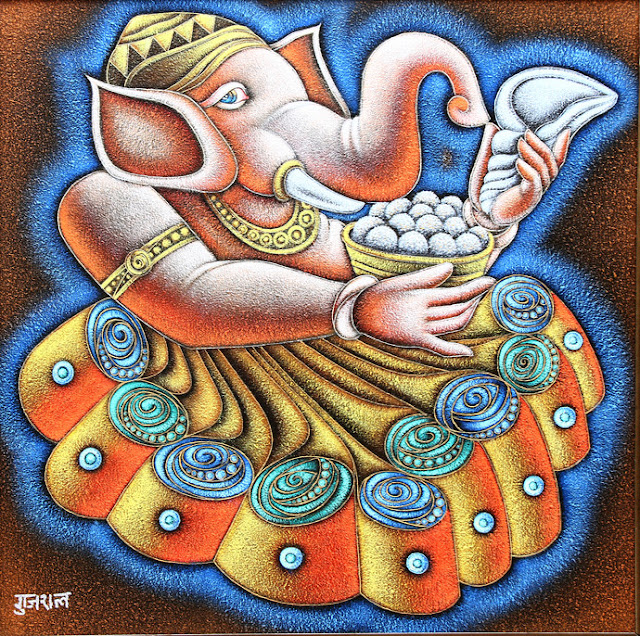 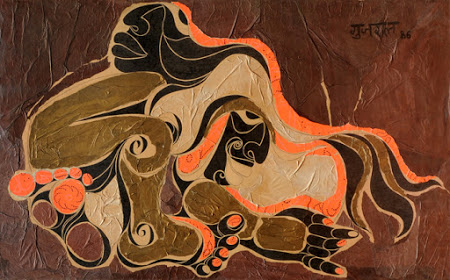 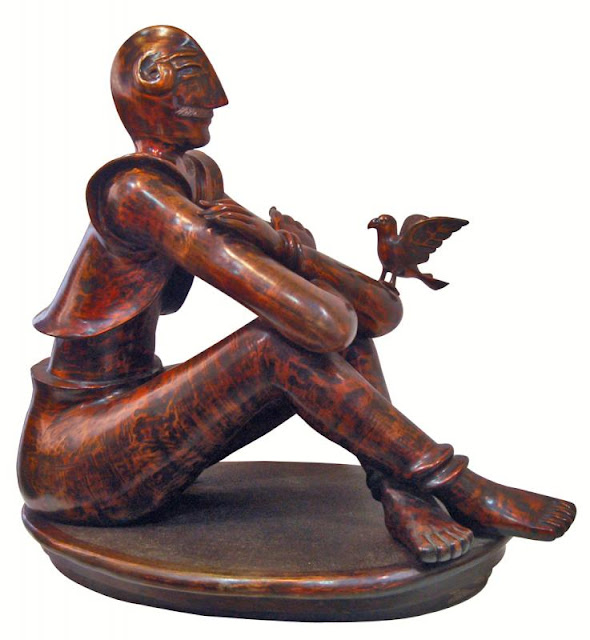 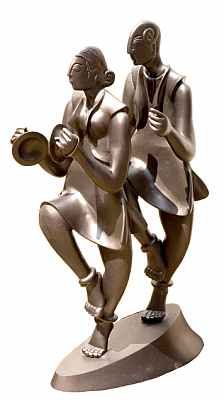 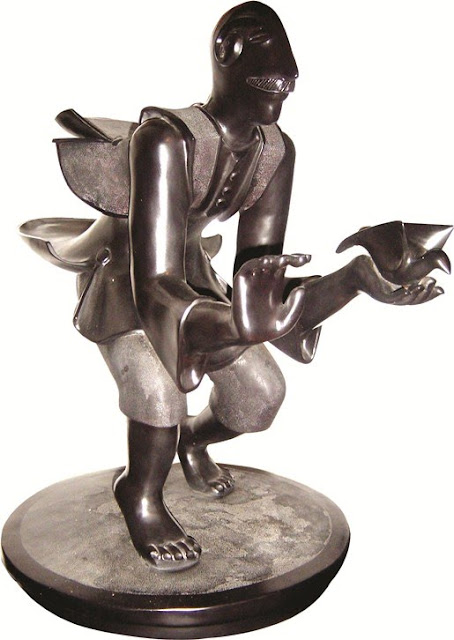 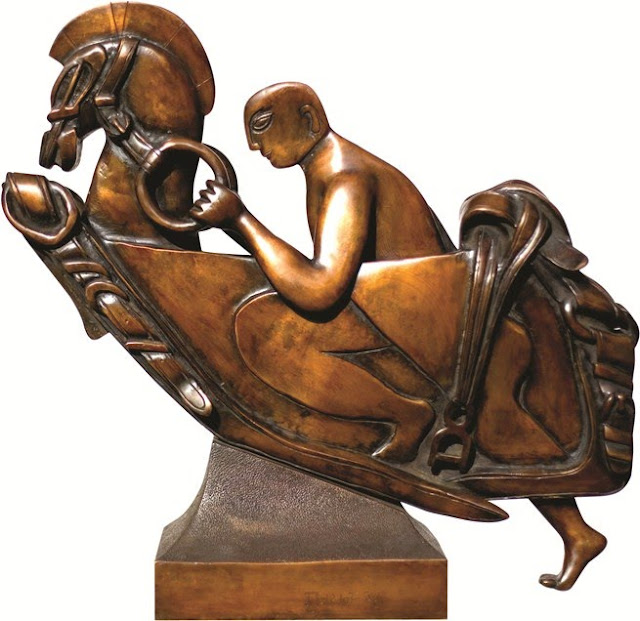 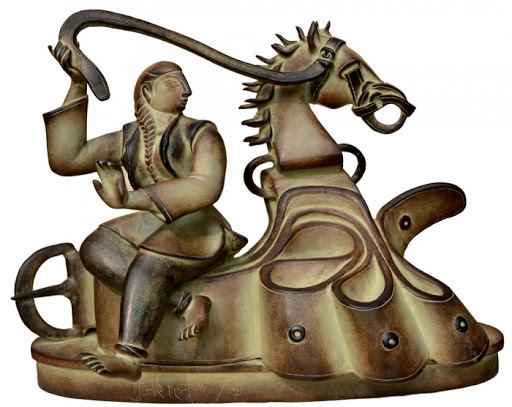 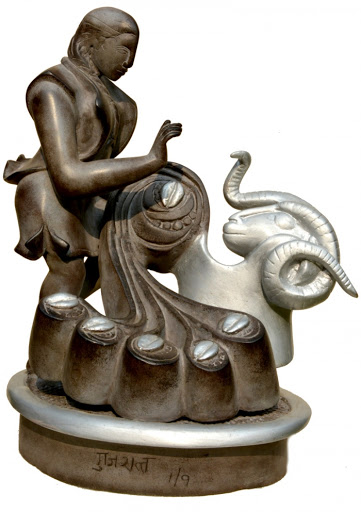