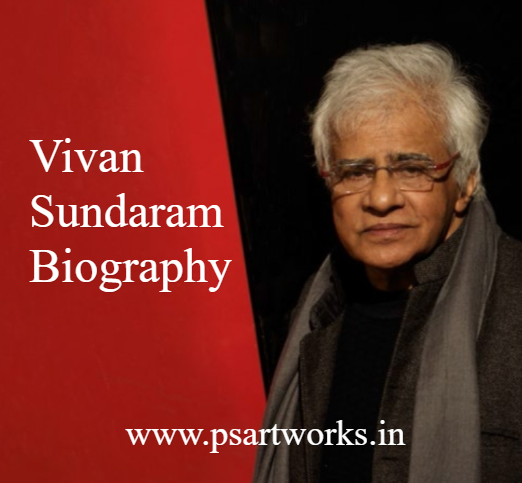 Though it was Engles who first used the expression ‘realism’ as a descriptive term in art, it was Louis Aragon, one of the proponents of surrealism who stated that, ‘realism seems to be the kind of conception which conforms in art and literature to historical materialism’, and thus initiated the concept of social realism.

To question the dominant in whatever artistic way one does and to always continuously position oneself from what has become ossified or static in some way. And that sparks my creativity till date.

The works of Vivan Sundaram executed in the mid-and late 1980s—such as his series of paintings Signs of Fire, Long Night-Drawings in Charcoal and Engine Oil and Charcoal, Works on Paper, and now his sculptural installations—apparently conform to this concept and depict such reflections of reality which he has sensed in relation to recent events and social environment.

In Long Night, there is a certain air of disquiet evoked by abstracted textures (scenes of war-devastated landscape, the tortured earth) and conveyed through dynamic autographic marks in charcoal.

The images interpreting catastrophic happenings in past and present times, and those threatening the future, are rendered in a highly expressive manner.

I am a great believer in responding to the environment, to changed aesthetic, even a new political situation.

His Birkanau/Poland— 1945 on the biggest concentration camp during the Second World War, is the keynote of his dark themes that seem to be unending.

The Long Night is a comment on the failure of modern civilization, which, with its doubts, agonies, and anxieties, has reached a point of the prolonged crisis resulting in man’s indifference, both to nature and to his own kind.

His series Engine Oil and Charcoal bears a similarity to Long Night, not because of the use of charcoal, but because it would seem the ‘long night’ had not ended.

The works created by an intriguing use of engine oil and charcoal make a caustic reference to the Gulf War—a war about oil, resulting in the devastation of a culture.

There are ghostly effects in the squiggles created by charcoal on the white and oil-splashed surface. He has arranged these effects to depict the chaos of man’s doing. I

n the blurred forms of towns and the masses of humanity metamorphosing into ‘Wastelands’ and in the slick of oil, seagull, and smoke which stand as symbols of destruction, he creates a queer feeling of response in the mind of the spectator.

He continues to make severe comments on social events and violence in his installations.

For instance, his Memorial and Mausoleum were prompted by the cruelty man is perpetrating on man, the destruction of the innocent and the defenseless.
The various elements in the installations are metaphorical and loaded with significant intellectual meaning.

In one of his more recent ones, River Carries its Past, he breaks down the traditional difference between painting and sculpture with an innovative and highly sophisticated rendering of the wall- sculpture.
Read About More Topics: