Sahir Ludhianvi was one of the most eminent writers and lyricists who could weave fascinating images through his words in songs. He was the writer who spells bounded his listeners and readers for decades.

For around thirty years, he remained associated with the film industry and composed more than a hundred songs in Hindi and Urdu.
Almost all of his songs turned out to be masterpieces and became hugely popular and people of all generations still hum them. Sahir’s most astounding contribution is that through his writing, he launches the measures of Hindi film songs to a level that turned into the trademark for quality poetry. His verses have immortalized numerous songs of Hindi film.

Sahir Ludhianvi scratched a lasting imprint on songs and ghazals in the Hindi film industry. Sahir intrigued his audience and readers through his wonderful compositions.
His wordings have effectively created a plethora of feelings with his simple and straight forward words and distinguished emotions.

Regardless of being not able to praise God, beauty, and wine, he unveiled his bitterness with subtle verses through his pen for his distinguished and heavenly synthesis.
Early Life 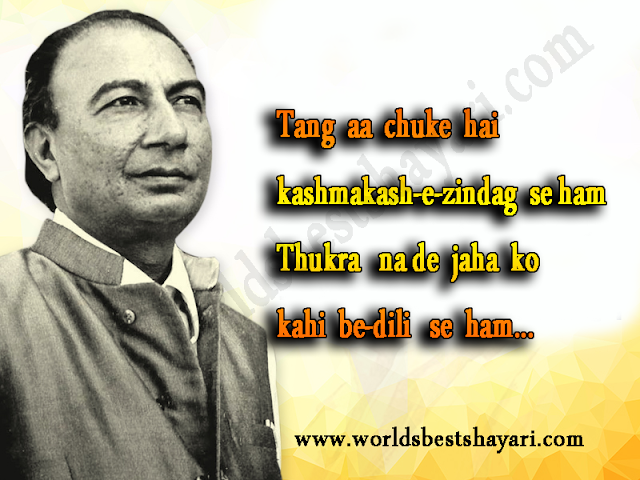 The real name of Sahir Ludhianvi was Abdul Hayee. He was born into a rich Muslim Gujjar family in Ludhiana, Punjab. The name of his grandfather was Fateh Mohammad and his father was an affluent zamindar, while mother was Sardar Begum who was Kashmiri.

Since birth, his parents were experiencing an estranged relationship and decided to separate when Sahir was only 13 years of age.
His father married again decided to take custody of Sahir, however, lost because of his second marriage.  He threatened to take Sahir from his mother, regardless of whatever step he needed to take.

His mother and uncle took care of him and kept him under consistent watch. Sahir had to spend his childhood encompassed by fear and financial deprivation because of the risk.
Education 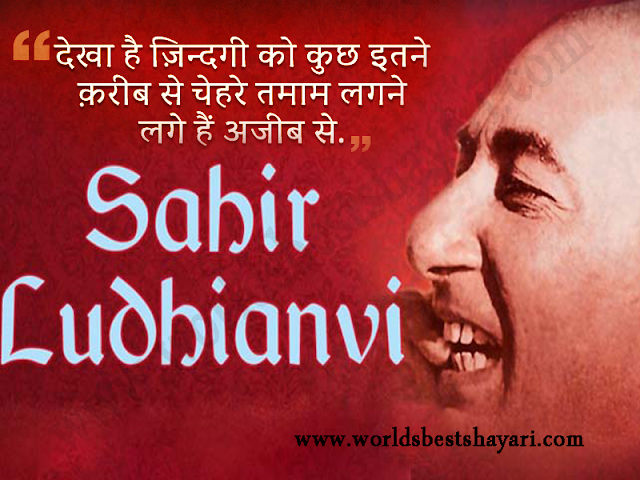 Sahir did his initial education from Khalsa High School in Ludhiana. He was a hard-working student from his early studies. He began to learn Urdu and Farsi from Maulana Faryaz Haryanvi.

From there on, he graduated to Satish Chander Dhawan Government College for Boys in Ludhiana to seek after his higher education. He soon became famous among the college due to his extracurricular activities, especially for his poetry.
He falls in love with journalist Amrita Pritam while studying in college. Amrita Pritam was an incredible fan of his nazms and ghazals in the school.

Amrita had voiced her tendency towards Sahir multiple times through her books and interviews. However, they did not marry due to Amrita’s father.
He did not want her daughter to marry a Muslim. Sahir’s financial condition was additionally not well, so her father rejected him. Not long after he was expelled from the college in 1943, and moved to Lahore in search of a better profession.

At Lahore, he joined Dayal Singh College. Here, he got his first taste of achievement. He was the chosen leader of the Student Federation.
In Lahore, Sahir finished his first work in Urdu “Talkhiyaan” however was not able to find a publisher for it. At last, following two years of searching among Ludhiana and Lahore, he found a publisher in 1945. From there on, he began editing four magazines, “Adab-e-Lateef”, “Shahkaar”, “Prithlari”, and “Savera”.
These magazines made tremendous progress. He also joined the Progressive Writers’ Association at that time. Pakistani Government issued an arrest warrant against him because of his explosive writing works about socialist perspectives in the magazine-Savera.
As a result, he had to flee from Lahore in 1949 and arrived in Delhi. After staying there for a while, he made a trip to Bombay where he created history through his mind-blowing and renowned works.
Personal Life 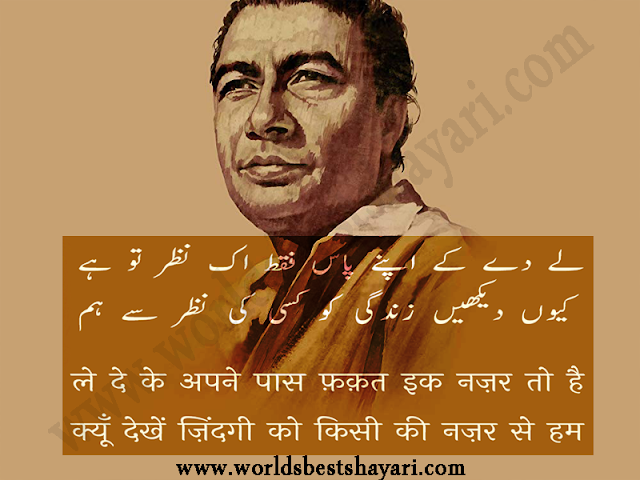 Sahir Ludhianvi never married in his life and decided to stay a bachelor for his life. He experienced two failed relationship and as a result, he resolved to excessive drinking and became an alcoholic.
However, His most famous relationship was with Amrita Pritam, who was the biggest fan of his writing and expressed her love for Sahir in interviews and her books. Later he formed a relation with Sudha Malhotra an actress and singer. This one additionally never gets changed over into marriage.
Aside from Amrita, a few other women also came in his life yet he never decided on accepting any of those as his life partner.
Bollywood Career 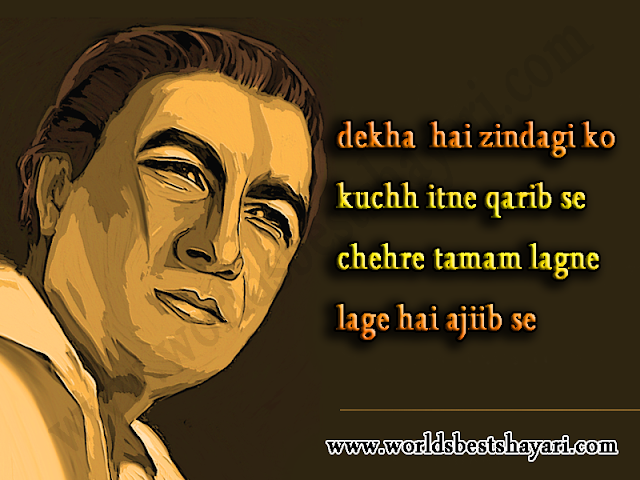 He composed in more than 200 astounding ghazals, songs, and nazms (a sort of Urdu verse), which turned out to be part of the evergreen and immortal body of Hindi music industry. The style of composing songs was greatly revolutionized by him in Bollywood.
Sahir Ludhianvi made his debut in Bollywood films as a lyricist with the film Aazadi Ki Raah Par (1949). The film had four songs composed by him and his first song was Badal Rahi Hai Zindagi… however, both the film and its song did not do well.
Notwithstanding, with Naujawaan (1951), he picked up the recognition he needs. The music was composed by S.D. for Naujawaan. Indeed, even today, the film’s lilting song, “Thandi hawayen lehera ke aayen,” stays famous.
His first significant achievement came that year with Guru Dutt’s directorial debut, Baazi (1951), again matching him with Burman. In this way, he became a part of the team of Guru Dutt, and after the achievement of Naujawaan and Baazi, the team of Sahir Ludhianvi and S.D. Burman turned out with a lot more everlasting songs.
Sahir worked with numerous other music directors other than S. D. Burman including Ravi, Roshan, and Khayyam, and composed numerous memorable melodies for the Indian film and music industry. However, “Pyaasa” was the film that marked the end of his successful partnership with S.D. Burman.
It is said that Burman’s disappointment at Sahir getting more receiving more admiration from the listeners for his writing of the songs than S.D. Burman accomplished for his unforgettable music.
Afterward, Sahir Ludhianvi collaborated with composer Datta Naik in a few movies. Datta was also a huge admirer of Sahir’s progressive poetry. They worked together to deliver the music for Milaap (1955). Sahir composed numerous extraordinary jewels for Datta.
Sahir wrote songs for Ramesh Saigal’s film Phir Subah Hogi In 1958, which was inspired by a novel on crime and punishment by Fyodor Dostoevsky. The lead role was portrayed by Raj Kapoor and the music composer was supposed to be Shankar-Jaikishan.
However, Sahir said that only someone who had read the novel would be able to provide the right music. At last, it was Khayyam who was chosen to compose the music of the film Be that as it may and the song Woh Subah Kabhi Toh Aayegi with minimal music at the background still remains a hit.
Khayyam proceeded to work with Sahir in numerous other movies including Kabhie and Trishul. However, Guru Dutt’s Pyaasa is still considered as his finest work by his admirers and critics.
Sahir began showing some arrogance as he became successful. He demanded to compose the verses first and afterward having them combined with the music, unlike all the other writers at that time.

His other request was to be paid 1 Rupee more than Lata Mangeshkar made a crack among him, S D Burman and Lata.
Sahir Ludhianvi’s work during the 1970s was limited to films chiefly directed by Yash Chopra. In spite of the fact that his work as far as the number of movies had thinned out, the nature of his composing commanded massive respect.

In 1967 Kabhie Kabhie saw him come back to shining form. The songs for this movie won brought him a Filmfare for the Best Lyricist.
Over his whole Bollywood profession, Sahir gave evergreen and remarkable songs of Hindi film music. Some of his most notable and prominent incorporate “Pyaasa”, “Kabhie Kabhie”,  “Taj Mahal”, “Murmur Dono”, “Phir Subah Hogi”, “Waqt” and “Trishul”,
Awards 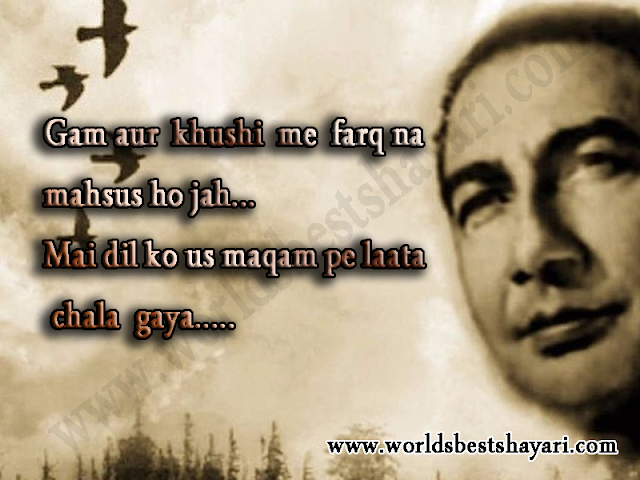 He was awarded Filmfare twice, first for the film Taj Mahal in 1963 and second for Best Lyricist for Kabhie Kabhie in 1976. He was also awarded the Padmashri by the government of India in 1971.
Poetry Career 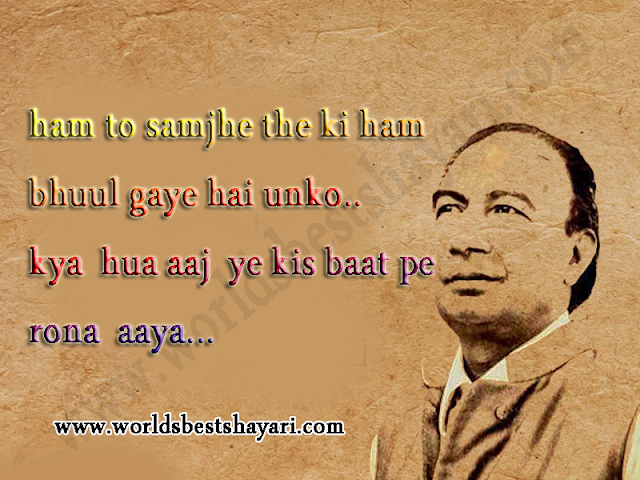 Sahir never left writing poetry despite the fact that he was gaining immense success in writing lyrics for Hindi movies. His poetry uncovered a “Faizian” nature of composing.

His works had that intellectual component that grabbed the eye of the readers during the 1940s, 1950s, and 1960s. Sahir was a compassionate and sensitive man and felt for other people, he frequently ignored his very own needs for others. This nature reflected in his verse which composed.
With various periods advanced, Sahir described various ages, which has not been done by his contemporary writers. Kahat-e-Bangal (The Famine of Bengal) depicts early maturity, while Subah-e-Navroz (Dawn of a New Day) talks about the states of poor people.

He was one of the other Urdu writers who showed his perspectives towards the Taj Mahal in a completely extraordinary way.
In contrast to other writers, who used to praise Husn (Beauty), Khuda (God) or Mai (liquor/wine) through their poetry, Sahir’s poems look like the bitter realities of life.

He composed on the subjects like domination of materialism over love, declined values of society, a destroyed farmer by debt, pointlessness of war and politics, poverty, and various other victims if the rules and regulations of the society .
Being probably the best writer of India, Sahir and Kaifi Azmi were both attributed to bringing the Urdu poetry to the Music industry of films. Sahir’s songs and verse stayed as motivation for some later lyricists.
Death
When he was 59 years of age he suffered a major heart attack and died in the arms of his friend Dr. R.P. Kapoor on October 25th, 1980. He was buried in Juhu Muslim graveyard, however, his tomb was demolished in 2010 to make space for other dead bodies.
Read About Famous Urdu Poets: