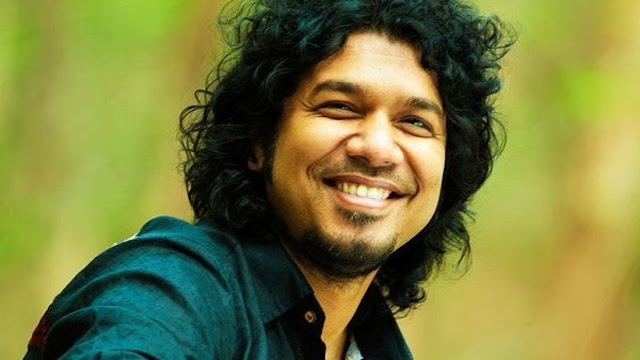 Papon is an Assamese singer and songwriter who was born on 24 March 1976 in Nangaon district of Assam. His real name is Angrag Mahant But today he is called by his stage name Papon.

He was born into an Assamese family with a reputation for art and culture. His father’s name was Khagen Mahant and his mother’s name is Archana Mahant and learned music from them from an early age.  Papon’s father Khagen Mahanta ji is known as Bihu Samrat in the state of Assam who died in 2014.

He is a professional-playback singer, songwriter and song producer.

Papan also created a music band of his own in 2007, which he named Dia Papon and The East India Company and this band is running very successfully today after 11 years.
He started his professional life with Indian classical music. Due to his education of music from a very young age, he used to play various types of local instruments very easily such as Tabla, Khol, Harmonium, etc.

Apart from this, he also gave great importance to folk singing composed by great men Shankardev and Madhavdev. He also formed a band to give Assamese folk songs a modern look, in 2007. Some folk songs to which he gave a modern touch became very popular in Assam Such as “Chorai Benondia”, “Boitha Maro” etc.

He also sang some of the best super hit songs in some Bollywood films; Among them, the song “Moh Moh Ke Dhage” from the movie “Dum Laga Ke Hai Aisa” is the most superhit Hindi song sung by him till date. Apart from this, he has also sung super hit songs in films like Madras Cafe, and Sanju.

Today, apart from Assamese and classical music, he can sing very well in other languages ​​such as Hindi, Punjabi, Mishing, Bengali, etc.

It is generally seen that there are many controversies about every Celebrity in the industry whether they are true or not and Papon is not free from all this.

In 2017, he was severely condemned in Assam when he claimed to make one of his songs on the caste music of Assam on the stage {though jokingly).

Another controversy involves him for which he was accused of child sexual harassment in 2018 when he was judging in “Voice of India, Kids”. On this subject (POCSO), a lawyer named Rana Bhuyan filed a case against him in the Supreme Court. However, the people of Assam at that time gave him a lot of support. Papon is still very popular today, people love him a lot because of his talent.

What is your opinion on this popular Assam artist? Do let us know.

Some of the prestigious awards he received were :
1. Big Asomia Music Awards (Best Male Singer) for the song ‘Ujai Jai Noi – Ramdhenu’ in 2011.