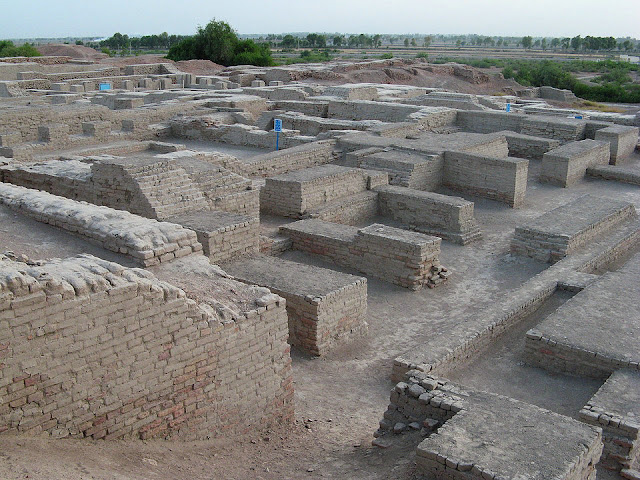 What was the staple food of the people of Harappan civilization?

Recent research states that the people of the Indus Valley Civilization were largely carnivorous. They used to eat the meat of cows, buffalo, and goats. The pottery and food habits found in the Indus Valley region are the basis of this research.

Chanhudaro is an archaeological site belonging to the urban Jhukar phase of the Indus Valley Civilization. This area is located 130 kilometers (81 mi) south of Mohenjodaro in the Sindh province of Pakistan. It is believed to have been inhabited from 4000 to 1700 BC and this place is known as the manufacturing site of Indragop beads.

Chanhudaro was first excavated in March 1930 by N. Gopal Majumdar and then in 1935-36 by a team from the American School of Indic and Iranian and Museum of Fine Arts, Boston under the leadership of Ernest John Henry Mackay.

Which is the northernmost part of the Harappan Civilization?

The northernmost site of the Harappan civilization was “Manda”, which was located in Jammu and Kashmir on the banks of the Chenab river.

In which state Alamgirpur, the eastern side of the Harappan civilization, is located?

Alamgirpur, the easternmost site of the Harappan civilization, is located in the state of Uttar Pradesh, India. Alamgirpur is located in the Meerut district of western Uttar Pradesh on the banks of the Hindon River. This archeological site was discovered by Yagyadutt Sharma in 1958. Alamgirpur was the first place in the Ganges-Yamuna region, from where the remains of the Harappan civilization have been found.

About how many sites did the Indus civilization spread?

It developed on the banks of the Indus and Ghaggar/Hakra (ancient Saraswati). Harappa, Mohenjodaro, Kalibanga, Lothal, Dholavira and Rakhigarhi were its main centers. In December 2014, Bhirdana has been recognized as the oldest city of Indus Valley Civilization ever discovered. On the basis of excavations done during the British period, archaeologists and historians estimate that it was a highly developed civilization and these cities have been settled and ruined many times.

Which is the largest city of Harappan Civilization?

Rakhigarhi in Haryana is the largest Harappan site in the Indian subcontinent. At Rakhigarhi, excavations have been made to study its beginning and its gradual development from 6000 BC (Pre-Harappan phase). This site was excavated by Amarendra Nath of the Archaeological Department of India.

Rakhigarhi is a village located in the Hisar district of Haryana, which is considered to be the largest archaeological site of the Indus Valley Civilization.

Which is the biggest site of Mohenjodaro?

The biggest building of Mohenjodaro is Annagar or Annakothar or Granary. It is 45.71 m. long and 15.23 m. is wide. 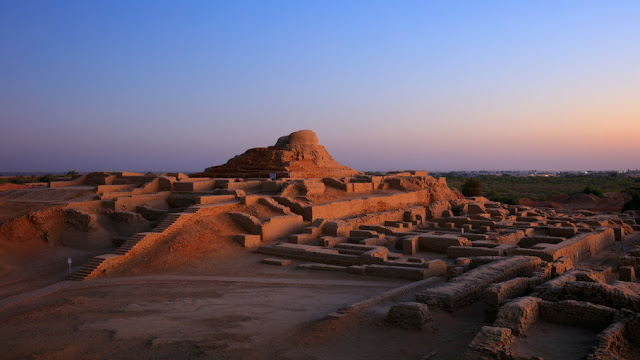 Which is the largest site of Indus civilization in terms of area?

Binani Bhattacharya pointed out that the total area of ​​the site in Rakhigarhi village is 550 hectares, making it the largest site associated with the remains of the Indus Valley Civilization in the Indian subcontinent. In 1998, 1999, and 2000, the site was excavated by ASI affiliate Amarender Nath.

How was Harappa discovered?

What has got from Chanhudaro?

The site is located on the banks of the Dasht River in South Balochistan. It was the far western settlement of the Harappan culture. It was discovered by ‘Aurel Stein’ in 1927 AD.

Whom did the Harappans worship?

Pashupati- Pashupati was considered the main deity in the Harappan civilization. According to available historical evidence, he was worshiped as the god of forests and animals. Pashupati is shown in the posture of a yogi.

What were the means of grinding grain in the Harappan civilization?

In the excavations of Mohenjodaro, concave mills like cobwebs were found in the cooks of that time. These mills were made of hard, gravel, and sandstone. Indications of their widespread use suggest that they were the only means of grinding or grinding grain.

What are the characteristics of Harappan civilization?

Which of the following was the reason for the decline of the Harappan Civilization?

Scholars have given many reasons for its decline, such as floods, invasion of Aryans, climate change, geological changes, stagnation in trade, administrative slackness, epidemics, over-consumption of resources, etc.

What is the extent of Harappan civilization from east to west?

The Indus civilization is spread over an area of ​​about 1500 km from west to east and about 1200 km from north to south.

When was Dholavira discovered?

It was discovered in the year 1968 by the archaeologist Jagatpati Joshi. Dhaulavira is the fifth largest metropolis of the Indus Valley Civilization (IVC) after Mohenjodaro, Ganeriwala, and Harappa in Pakistan and Rakhigarhi in Haryana, India.

What was found during an excavation in Mohenjodaro?

Many things have been found during excavation from Mohenjodaro. It is estimated that the registered number of items emanating from here is fifty thousand. Most of the items are kept in Karachi, Lahore, Delhi, and London. Only a few things are kept in the museum here.

How many wells are there in Mohenjodaro?

Scholars have estimated that the total number of wells in Mohenjodaro was around 700.

When was Ropar discovered?

The remains of pre-Harappan and Harappan cultures have been found here. This site was excavated in 1953-56 by ‘Yagya Dutt Sharma’.

Which is the largest civilization in the history of the world?